Even though Harry McWatters had been in the wine industry for nearly 50 years, founding one of Canada’s most recognized labels—Sumac Ridge Estate Winery, among others—when he reviewed the bid from CapriCMW winery insurance specialist Robert Fiume to insure his newest winery, Time Estate, McWatters was both surprised and impressed.
Categories: Business Insurance

Even though Harry McWatters had been in the wine industry for nearly 50 years, founding one of Canada’s most recognized labels—Sumac Ridge Estate Winery, among others—when he reviewed the bid from CapriCMW winery insurance specialist Robert Fiume to insure his newest winery, Time Estate, McWatters was both surprised and impressed. 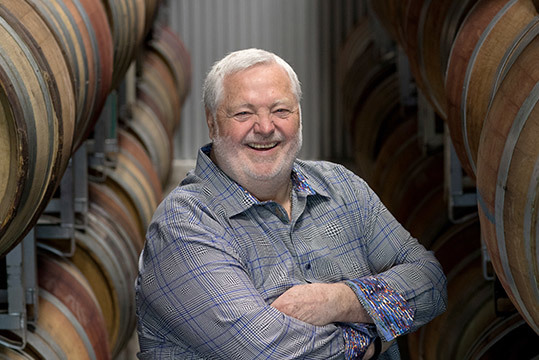 “He really broadened the scope of our coverage to include some things that were specific to wineries and vineyards, and while some of those things were unlikely, they were in the realm of things that could happen,” says McWatters, a veteran of the Canadian wine industry.

He founded Sumac Estate Winery in 1980 and was the founding chair of VQA Canada and the British Columbia Wine Institute. After retiring as president of the group that later bought Sumac in 2008, he went on to open Time Estate Winery, Okanagan Wine Academy and Vintage Consulting Group Inc.

After crossing paths with Fiume, both a winery insurance specialist and Okanagan winery owner, McWatters invited Fiume to bid on his winery insurance. The package included elements he and other brokers hadn’t previously considered, such as business interruption and extended water damage, just to name a few.

“Being in the wine business, Robert has a much greater understanding of the risks and needs of winery and vineyard operators. His individual attention to it is what has really impressed me.”

McWatters began insurinh his winery through CapriCMW in 2013, and hasn’t looked back.

“Overall, the coverage is more cost efficient, we have greater coverage, and I’ve been very impressed with the individual attention and responsiveness of both Robert and his assistant Shelby. They always get right back to me and that just makes doing business that much easier.”

Regularly, Fiume checks in to let McWatters know about elements he could add or change to his policy and ask for ideas and input about winery coverage to ensure he’s best serving clients.

“I’ve been in the wine business 50 years and I’ve never seen anybody as attentive to my needs as Robert is.”

While McWatters’ company hasn’t had to file a claim since getting coverage through CapriCMW, his company has needed ongoing support as the company has shifted operations - both vineyards and winery outlets - throughout the South Okanagan over the last two years (Time is about to open a new winery in Penticton this June).

“Whenever we add a new outlet or location, we have a phone call and we have our coverage to those locations so it’s very convenient. We’ve moved locations of the winery and have had to store in multiple places and they’ve been very accommodating to cover our changing needs. In this construction phase, it’s been them reaching out to me to see how completion is going and if certain coverage needs to be extended. They really have a genuine concern that our coverage is adequate for our business.”

With so much potential for risk at your winery, how will you know for sure if you’re properly insured? CapriCMW’s winery insurance expert, Robert Fiume, specializes in winery insurance and takes the time to learn about your operation, including extra activities and hidden liabilities.

Are you looking for winery insurance expertise to ensure you have comprehensive coverage as well as attentive service? Reach out to CapriCMW winery insurance specialist Robert Fiume at 250 869 3815 or rfiume@capricmw.ca for a consultation and advice about coverage that gives you more protection and peace of mind.

Our Strata Advisors explain reasons why subrogation can often be a long and arduous process, steps…

3 Strategies to Limit Your Organization's Exposure to Employment Claims

At CapriCMW, we provide personalized insurance and custom risk solutions to give you the confidence and freedom to focus on what matters to you. Talk to an Advisor or get a quote today.

Can’t find what you are looking for? Ask us!